Question: “What is the Pentateuch?” 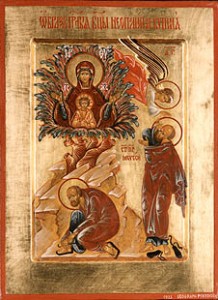 Question: “What is the Pentateuch?”

While there are some verses in the Pentateuch that would appear to have been added by someone later than Moses, for example Deuteronomy 34:5-8 which describes the death and burial of Moses, most if not all scholars attribute the majority of these books to Moses. Even if Joshua or someone else actually wrote the original manuscripts, the teaching and revelation can be traced from God through Moses.

No matter who actually wrote the words that make up the books of the Pentateuch, the author of those words was God through His prophet Moses, and the inspiration of these five books of the Bible is still true. One of the most important evidences for Moses being the author of the Pentateuch is that Jesus Himself refers this section of the Old Testament as the “Law of Moses” (Luke 24:44).

The word “Pentateuch” comes from a combination of the Greek word penta meaning five and teuchos which can be translated scroll. Therefore it simply refers to the five scrolls which make up the first of three divisions of the Jewish canon. The name Pentateuch can be traced at least as far back as 200 A.D. when Tertullian referred to the first five books of the Bible by that name. Also known as the Torah, which is the Hebrew word meaning Law, these five books of the Bible are: Genesis, Exodus, Leviticus, Numbers and Deuteronomy.

Jews generally divided the Old Testament into three different sections, The Law, The Prophets and The Writings. The Law or Torah consists of the first five books of Scripture which contain the historical background of creation and God’s choosing of Abraham and the Jewish nation as His chosen people. They also contain the instructions and law given to Israel at Mount Sinai. Scripture refers to these five books by various names. In Joshua 1:7 they said to be the “law (Torah) which Moses My servant commanded you” and “the law of Moses” in 1 Kings 2:3.

Following Genesis we have Exodus which records God’s deliverance of His covenant people from the bondage of slavery and the preparation for their possession of the Promised Land that He had set aside for them. Exodus records the deliverance of Israel from Egypt after 400 years of slavery as promised by God to Abraham (Genesis 15:13). In it we find the covenant God makes with Israel at Mount Sinai, instructions for building the tabernacle, the giving of
the Ten Commandments, and other instructions on how Israel was to worship God.

Leviticus follows Exodus and expands on the instructions for how a covenant people (Israel) were to worship God and govern themselves. It lays forth the requirements of the sacrificial system that would allow God to overlook the sins of His people until the perfect and ultimate sacrifice of
Jesus Christ would provide redemption and completely atone for the sins of all of God’s elect.

Following Leviticus is Numbers which covers key events during the 40 years that Israel wandered in the wilderness as well as additional instructions for worshiping God and living as His covenant people. The last of the five books that make up the Pentateuch is Deuteronomy. Deuteronomy is sometimes referred to as the “second law” or repetition of the law.” It records the final words of Moses before the nation of Israel crosses over into the Promised Land (Deuteronomy 1:1). In Deuteronomy we find God’s Law and standards that were given to Israel at Mount Sinai repeated and expounded upon by Moses. As Israel was to move into a new chapter of their history as God’s chosen nation, Moses is reminding them not only of God’s commandments and their responsibilities but of the blessings that would be theirs by obeying God and the curses that would come from disobedience.

The five books that make up the Pentateuch are generally considered to be historical books because they record historical events. While they are often called the Torah or the Law, in reality they contain much more than laws. They provide an overview to God’s plan of redemption and provide a backdrop to everything in Scripture that would follow. Like all of the Old Testament, the promises, types and prophecies contained in the first five books of Scripture have their ultimate fulfillment in the person and work of Jesus Christ. They provide the important historical background needed to set the stage for the coming Kinsmen Redeemer.